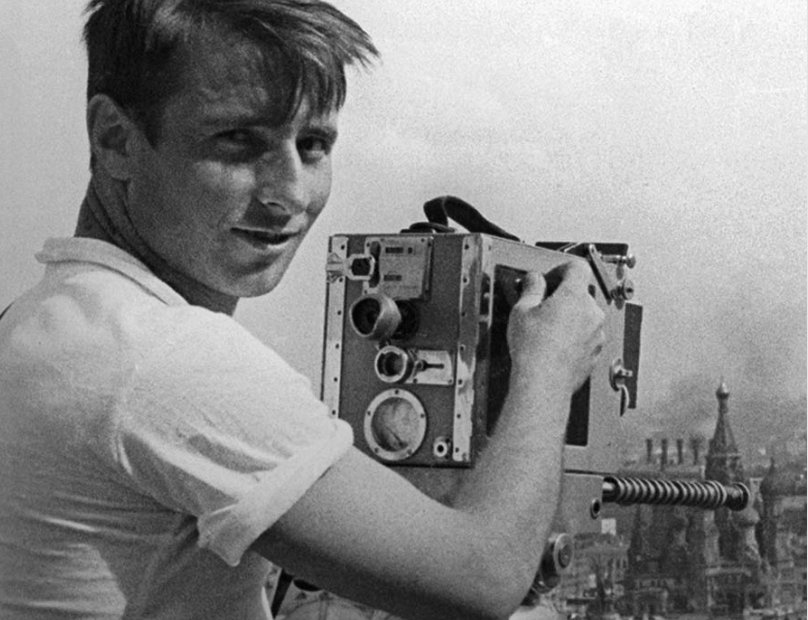 This film is a unique testimony of World War II. Vladislav Mikosha is a young cinematographer. One beautiful summer night his life changes completely. Hitler's troops attack, and suddenly he is in the war documenting incomprehensible atrocities. He rigs up the camera as a shield and miraculously survives. He describes the Russians' heroic resistance in the Black Sea. He documents a convoy that goes from Archangel on the deadly Barents Sea, to London, and then to New York and Hollywood, where Mikosha is invited to share his films. He meets Hollywood's biggest movie stars including Ingrid Bergman, Charlie Chaplin and Hedy Lamar. He becomes their hero. Still, he wants to return to the war, and he does his noble part in driving Germany back.

Director's statement I have made five films about the Second World War. I have spent days and weeks in Russian archives to watch the most incredible film sequences; terrible, dramatic and incredibly inspiring.

How was it possible to take such pictures? Who took them? I am here trying to answer these questions by presenting to the world a unique collection of images. We often see work by German, British and American cinematographers, but rarely do we see work by the Russian ones. This film about Vladislav Mikosha is based on his own words, as he expressed them in his diary during the war. His words are combined with his pictures, photos and films.

The film is presented at the Karlsøy Festival by the Norwegian co-producer of the film John Arvid Berger and it is open for Q&A after the screening.