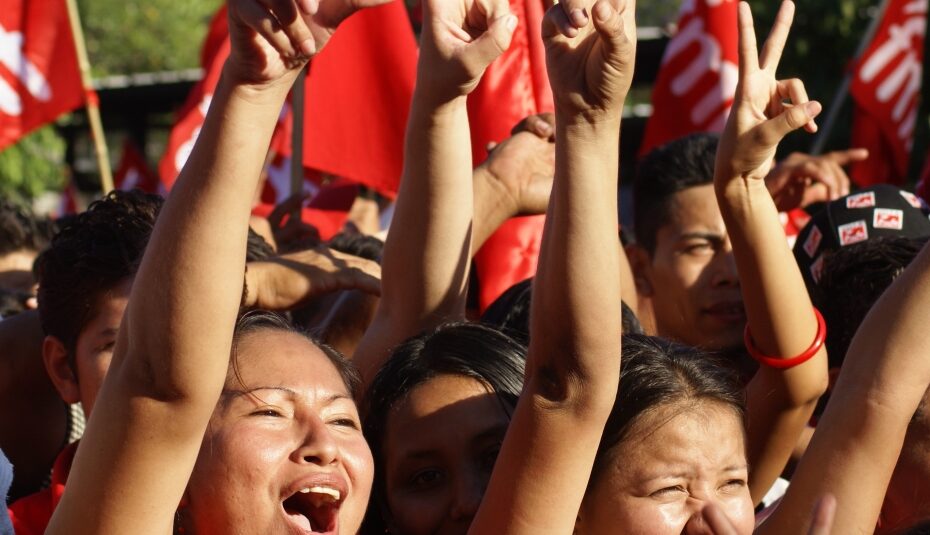 The Latin American groups have brought a solidarity blanket to the Karlsøy Festival.

The solidarity carpet consists of a myriad of intertwined struggles and stories from different parts of the world. This makes the patchwork a suitable place for conversation. During the Karlsøya Festival, they will organize two meetings in the form of a two-part Latin American seminar.

1. Grassroots movements in Brazil and possible political change in the autumn presidential election? Wednesday at 18.30 p.m

In Brazil, one of the world's largest social movements - the Movement of the Landless (MST) - is fighting for a fair distribution of land. They do this through land occupations of land that is either fallow or for other reasons does not fulfill "its social function" in accordance with the country's constitution. As of today, the MST has a powerful enemy in the sitting president Jair Bolsonaro, but in the autumn there are presidential elections in Brazil and the possibility of a political change activities grassroots movements in Brazil. The solidarity carpet has several patches about the MST's struggle, and indigenous peoples in Brazil's struggle for their territories and rights. At this meeting, we will talk about both MST, the indigenous struggle in Brazil and what opportunities the election in the autumn can bring.

Norway invests both through private and state capital in Latin America. The Norwegian State Pension Fund (Oljefondet) is also a major investment player. In several places on the continent, Norwegian capital has come into conflict with the local population. One of the patches in the solidarity blanket deals with the Mapuche people's struggle for their territories and the preservation of their rivers. Statkraft has been present in Chile since 2014. The company operates hydroelectric plants and develops projects within hydropower and wind power, but they have ended up in a long-standing conflict with the Mapuche people. During this meeting, we will talk both about problematic investments in Latin America and, more specifically, the Mapuche people's fight for their territories.

More can happen at the solidarity carpet during the festival!