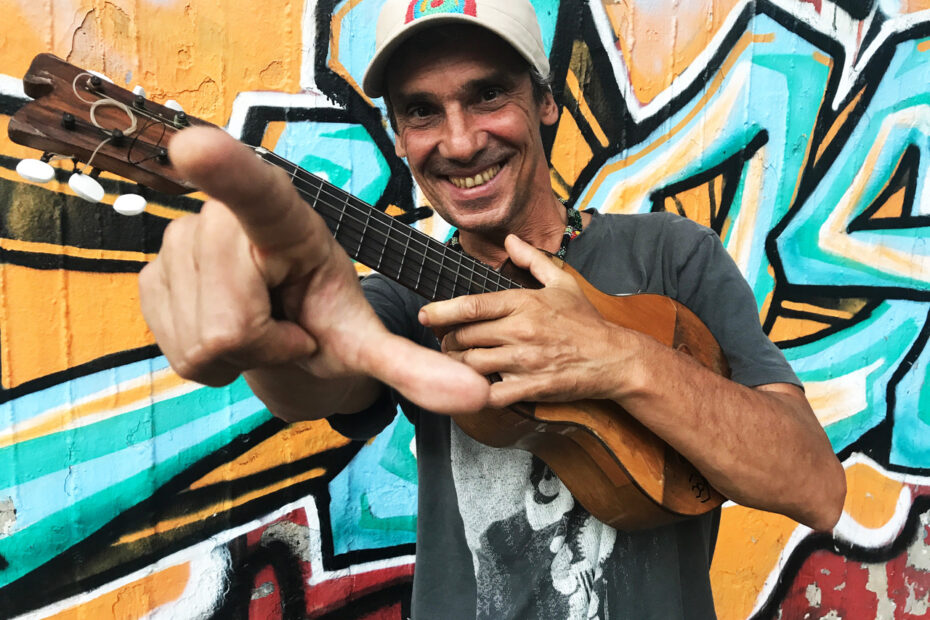 Musically, Manu Chao began with Latin-inspired punk, or punk-inspired Latin (as you see it) with the band Mano Negra. Under the artist name Manu Chao, he has almost created his own genre in world music where he mixes elements from genres such as reggae, rap, flamenco, Afro-Cuban music, samba and cumbia.

He himself calls his music música mestiza as a way of describing the combination of inspiration from genres from several continents. This is also evident in the texts, which are often in a mixture of Spanish and English, with elements of French, Portuguese, Galician and Wolof (African languages ​​spoken in Senegal, Mauritania and Gambia). No matter what one calls his music, it is certain that it is impossible to hear it without being happy and wanting to dance.

Despite the fact that the Karlsøy Festival has tried hard to get him through many years, it was coincidence that made him now ready to take over Karlsøya.

For the Karlsøy Festival, it started with us doing some research around that we knew he would come to Norway this year and play at both the Mela Festival in Oslo and at Svartlamon in Trondheim. We then thought that it must be possible to get him to Karlsøya as well. But then we saw on his website that he had not only advertised Oslo and Trondheim, but also with the boat Vulkana in Troms, at the same time as the Karlsøy Festival. It made us close our eyes, you might say.

It made us send an email to Manu Chao and his management and say that even though they already had (a very mysterious) booking in northern Norway, this was just a small boat trip from Karlsøya. And even though he might not be able to put on a competing concert, we would like to invite him to visit Karlsøya and the festival.

After we had sent that email, it was not long before we received a message from Hogne Rundberg who wondered if we were interested in Manu Chao playing on Karlsøy. Of course we would.
It turned out that Hogne Rundberg, who played with Violet Road at Polar Music Fest together with Manu Chao in 2014, had booked Manu Chao to play on the boat Vulkana. But when both the Karlsøy Festival and Manu Chao himself wanted the concert on Karlsøya, Hogne was not difficult to get a collaboration with.

And so it can be said that the concert with Manu Chao came rekanes to Karlsøya on a fjøl. Or more precisely being sailed over with Vulkana by skipper Rundberg.