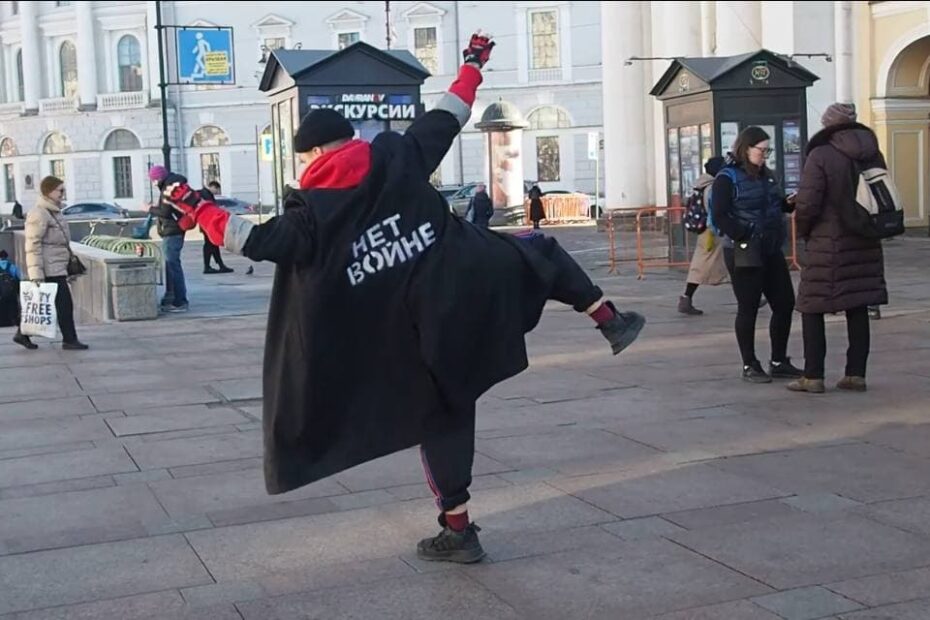 The Karlsøy Festival has invited the Russian artist Marina Shamova (de / dem). Marina is a non-binary interdisciplinary artist from St. Petersburg Russia. They work as lyricists, dancers and teachers of performance art. Shamova is also an LGBTQ2 + and anti-war activist.

«For the Karlsøy Festival, it is important to have artistic contact with Russian artists. We believe that this type of exchange is important both to give us first-hand knowledge of the situation in Russia, as well as that it is a concrete form of showing solidarity with Russian opposition forces in Russia.

Shamova has protested against the war by using artistic performative actions on the streets of St. Petersburg. For this, they received attention from the authorities and were arrested. They then carried out performative actions also in the arrest. Eventually they experienced that it was not safe to be in Russia. Marina therefore chose to leave the country and currently has a temporary stay in Vilnius, Lithuania.

They come to the Karlsøy Festival to tell about the dance cheers, and the background for these. We will see a series of video protests that Shamova recorded on the subway, as well as in the center of St. Petersburg (Russia) and in the arrest of the police station. There will also be a workshop where participants are invited to explore how to use dance as a protest.

Shamova will also talk about various examples of opposition to the war in Ukraine and Putin's regime. They will focus on artistic anti-war actions, the partisan movement and queer feminist activist initiatives. They will also discuss political repression in today's Russia and how anti-war activists are being persecuted.