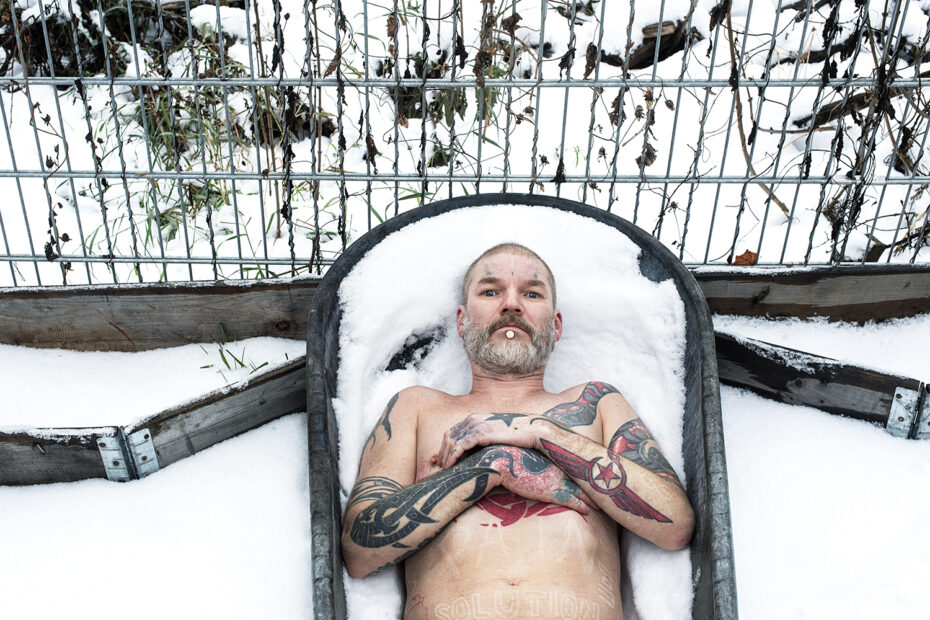 Through his work in the performance group Pain Solution, Håvve Fjell has become notorious and acclaimed all over the world for his groundbreaking performing arts, but in Love Hurts he is left completely alone, without flames, chains and nail mats. The play has previously been shown at home in the Old Town in Oslo, and at the theater festival in Stamsund to cheers and tears, and the Karlsøy festival is particularly proud that it also inaugurates the spelling new stage Vettestad.

A tired and burnt out Fakir, who has retired from the side show and parked the nail bed, steps out of his safe element. Physical pain management was his strength and career for many years, but in the face of love grief and depression he was powerless. Will he be able to master his mental pain by staging it?

A story about lost love, about loneliness and self-medication. Reflections from a man who lost himself in depression and let himself decay; who drove his decay towards the abyss with open eyes. Faith and hope eroded in step with a declining desire for action, the lack of inspiration characterized work, behavior and health. The perspective on life darkened for each turn in a downward spiral, almost everything losing meaning.

Only when the darkness on the ban tempted with death did a sprout in him awaken; an idea of ​​staging his miserable self and directing the sequel inward to illuminate the mental disorder. A plan to heal oneself through an artistic process and expose oneself to the world as weak and vulnerable.