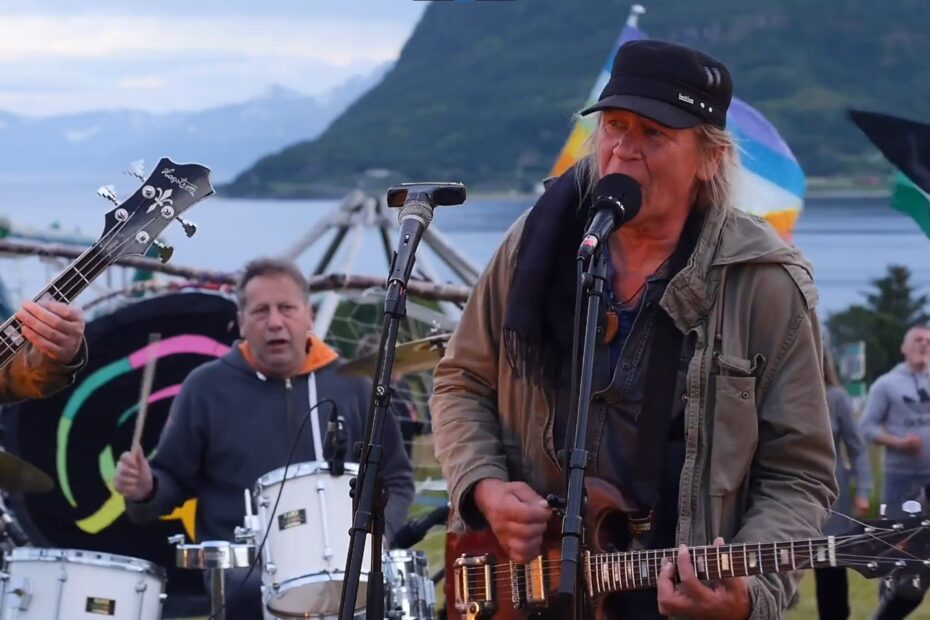 "Legend" is a term that is thrown out in time and out of time, but in the case of Karlsøy Prestegaard it is in place. Since the late seventies, the collective from the sea gap in North Troms has pumped out its resentment towards the authorities, accompanied by its distinctive new wave-prog-punk-rock'n'roll.

In recent years, the band has been right as it has been in line with the various projects of Jørgen Nordeng / Joddski / Jørg-1 (Tungtvann), their classic LP Dyret (666) has been pushed up again and they have played at the Bukta festival. And not least, they have played groundbreaking concerts at the Karlsøy Festival.

The old and historically significant house the group in its time ran out of, and has taken its name from, burned in a dramatic and tragic way down to the ground in 2018. But Karlsøy Prestegaard lives on at a new address on the island, and with the same indomitable will to, in spite of the forces of nature and the above authority, continue to rock further for a free world.