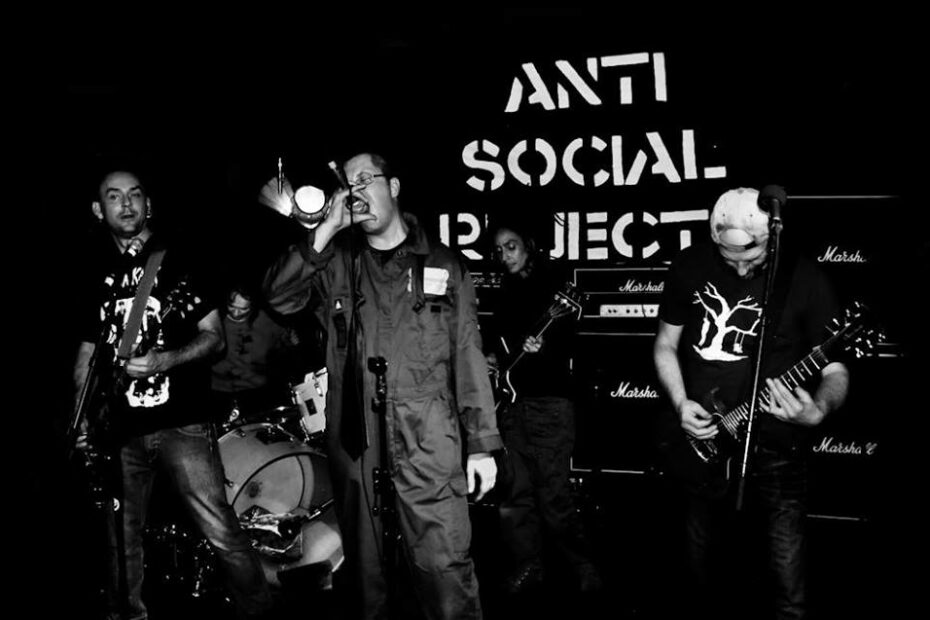 Anti Social Rejects «ASR». is a northern Norwegian hardcore / punk band that visited the Karlsøy festival back in 2012. The band consists of members from Disårder, but with Myre-væringen Hælgar Torgvar / Han Tykje / DJ Sprængt Torsk on vocals.

The name they have taken from the Disorder song "Anti social reject", a battle song for the outcast and neglected who refuse to give up their fight for a better future. What better fit at the Karlsøy Festival than honest punk rock straight from the liver and into the white eye.

ASR delivers raw battle songs in old school punk / hardcore style. Confrontational, rebellious and hostile to the authorities. The songs are full of commitment with energetic presence. The vocals are direct and in-your-face. Tight, but at the same time noisy and intense and with a trembling interpersonal energy. It can be about drug reforms, hate crime, the consumer society, the oil industry or being your own (un) fortune teller.

- I like to shut up! When I started singing in ASR, I had no idea what to sing about, so I sang a little about social anxiety, homelessness and occupation. It almost had to be done in Norwegian.